What Is A Subsidiary Business?

Choosing our SaaS based PEO/EOR Solution enables you to build and manage 100% pure remote teams and expand into new markets 90% faster.

What is a Subsidiary?

The subsidiary, or a daughter company, is a company controlled by a different firm. The company that manages the subsidiary is the parent or holding company. The parent corporation owns at least half the voting stock, and both are different firms from a legal point of view.

Why do Businesses Form Subsidiaries?

Usually, a subsidiary business is an individual part of a vast organization. There are multiple reasons to start a subsidiary company, including the legal benefits, separate taxes, regulations, international markets, expansion, and others. With the effective use of a subsidiary business model, the parent company can achieve greater strategic and business flexibility.

When both the parent and subsidiary firms are legally separate entities, they share limited liabilities, financial and legal. They don’t need to follow the same regulations or tax rates.

Furthermore, if the subsidiary company faces financial or legal issues, the parent company is protected.

When it’s a multinational organization, the subsidiary follows laws and regulations set by local authorities. Since it is an independent entity from a legal standpoint, it also enjoys more beneficial tax rates from where the parent firm is based.

To Expand into international markets

International markets are a different playing field altogether. So, to reduce the risk factor, a subsidiary company is a favorable choice as it is easier to set up than other entities. Often, subsidiaries are a brand on their own under the holding company’s control. So, they enjoy the combined benefits of being an independent part of a vast organization.

Moreover, when it comes to international markets buying and selling must be simple, and selling or controlling a company is more manageable.

To save on research and development cost

Let’s say a large corporation is looking to expand its scope in a specific sector. It requires a new research and development section. Along with a hefty financial commitment, it comes with hassles and time consumption. Instead of investing resources in the research process, acquiring companies that are experts in the given field is more straightforward.

So, acquiring a subsidiary business working in that field makes sense if someone is looking for a digital tool or service. The parent company can expand and shield itself from risks simultaneously.

The Structure of a Subsidiary Company

The percentage of stock a company owns in another business decides whether the company will become an associate firm, a minor passive investment, or a subsidiary. Here is how it is determined.

How A manages B:

How A cannot manage B:

Parent company A cannot do all of the above if tax, legal, and/or marketing reasons restrict them.

For example, the local authorities have specific laws and regulations the subsidiary abides by. The subsidiary business will not uphold the decisions if they clash with these regulations.

While enjoying all benefits, parent company A must abide by all the rules if a subsidiary is opened in a foreign land.

Here are some ways a company can get control rights for other companies through various methods other than a subsidiary.

What are Tiered Subsidiary Companies?

To a certain degree, company A can control all the tiers. Now, it directly influences the decisions of company B and can make business decisions and elect board members, and so on, owing to the major shares it holds. With this power, it can indirectly control the second and third-tier subsidiaries.

How do Subsidiaries Record Financial Statements?

The parent company then makes a consolidated statement containing words from all its operations. These consolidated financial statements show how the corporation is managed and operated.

The financial statement must reflect any transaction between the parent and the subsidiary company. Moreover, since the subsidiary has an employer identification number (EIN), it can also pay its taxes.

So, if the company has more than one subsidiary business, then it can benefit from neutralizing a company’s profits with other subsidiary’s losses. However, every subsidiary must consent to this consolidated tax return.

The Ownership of a Subsidiary Company

A holding or parent company owns the subsidiary business. It means that they have more than 50% of the common stocks. That is, they have primary ownership or control over the subsidiary.

Now, the holding company and the parent company are two separate entities. Both have different functions starting from the ownership of subsidiaries to management. Let’s see what differentiates the two.

The holding company is also known as the umbrella corporation, as its business governs the subsidiary companies. They do not provide any services or tools. Apart from owning companies, they also have assets like real estate or stocks.

The holding company is protected from any financial or legal issues and liabilities of the subsidiary company since they are individual entities.

A parent company is a company that provides some service and has its own business operations outside of running a subsidiary. Unlike holding companies, they are involved in other businesses.

Usually, acquiring a subsidiary business means expansion into other business opportunities. They also own subsidiaries that may help them on their current ongoing projects.

The parent companies are also protected from their subsidiaries’ legal and financial liabilities. Since a parent company owns a subsidiary for expanding their business, it is also easy for them to let the company go if it incurs losses.

This scenario occurs when a parent company acquires the entire corporation and becomes a subsidiary. It means they have 100% voting stocks of the company with no other shareholders. They hold all rights to elect the board of directors, make strategic decisions for the company, etc.

Also, when a corporation wants to own a subsidiary, it can set it up and make it a wholly-owned subsidiary. It is beneficial for multinational corporations as it helps keep the structure of the parent company uniform throughout.

A question may arise: Is it still an individual entity in itself?

The answer is yes. Like any other subsidiary, this is a distinct legal entity.

Now that we have understood what a subsidiary company is, let’s look at a real-world subsidiary example of infamous holding and parent companies.

The first name on the list is Meta Platforms, Inc. This company was in itself a social media platform. Then, it acquired Whatsapp, Instagram, and Oculus. Though Instagram has separate management, Meta owns the entire company. It has become renowned by obtaining multiple social media platforms and other tech companies like Oculus.

The next name on the list is P&G. This holding company has several highly successful subsidiaries in its portfolio. Various production companies in niches like haircare, menstrual hygiene, healthcare, dishwashing, household, skincare, etc. Here are some of the names you might have heard – Tide, Ariel, Pampers, Vicks, Oral-B, Pantene, and Tampax. Sixty-five different brands are subsidiaries of P&G.

Another well-known holding company is PepsiCo. The Gatorade Company, Frito-Lay, Tropicana, Lays, Pepsi, Mountain Dew, and Doritos are some of PepsiCo’s subsidiaries. Twenty-three brands under PepsiCo generate a sale of more than $1 billion.

Apart from this, other examples of parent companies like Nestle, Alphabet, etc., have popular subsidiary businesses. Notable FMCG subsidiaries like Frito-Lay and Tropicana belong to PepsiCo’s holding company. Entertainment channels like Marvel, ABC Television Group, and ESPN, Inc. are subsidiaries of the Walt Disney Company.

The Advantages & Drawbacks of Subsidiaries

Having a subsidiary business is not without its benefits and drawbacks.

What is the Best Alternative to a Subsidiary?

A subsidiary company conducting its business in countries other than the domicile country of its parent company must comply with local laws and regulations. With the presence of local entities in over 100+ countries, Multiplier offers a revolutionary solution.

We help businesses eliminate the need to set up a subsidiary when entering global markets. Our SaaS-based global Employer Of Record (EOR) solution includes international payroll, compliance, and benefits, among other things.

Q1. Are franchises and subsidiaries the same?

No, a franchise differs from a subsidiary. A subsidiary is an independent legal entity owned by a larger company. A franchise may be a small business that contracts with a larger company to sell the corporation’s services or products and use its intellectual property (e.g., trademarks, copyrights).

Q2. Can a business expand overseas without forming a subsidiary?

Yes, the rise of free trade and open economies have paved the way for businesses to expand globally. There are several corporate mechanisms through which a foreign company can control stakes in any local business. Some popular strategies include forming Affiliates, Branches, Mergers & Acquisitions, Representative Offices, or Subsidiaries.

Q3. Should subsidiaries need to be registered?

Since a subsidiary is considered a separate legal entity, it needs to be registered in the state or country where it is located. However, if the parent company purchases stock in an existing company, the newly formed subsidiary may have been already registered.

Q4. What Documents Do I Need to Set Up a Subsidiary Company? 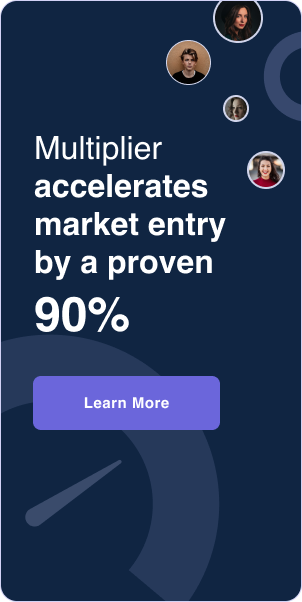