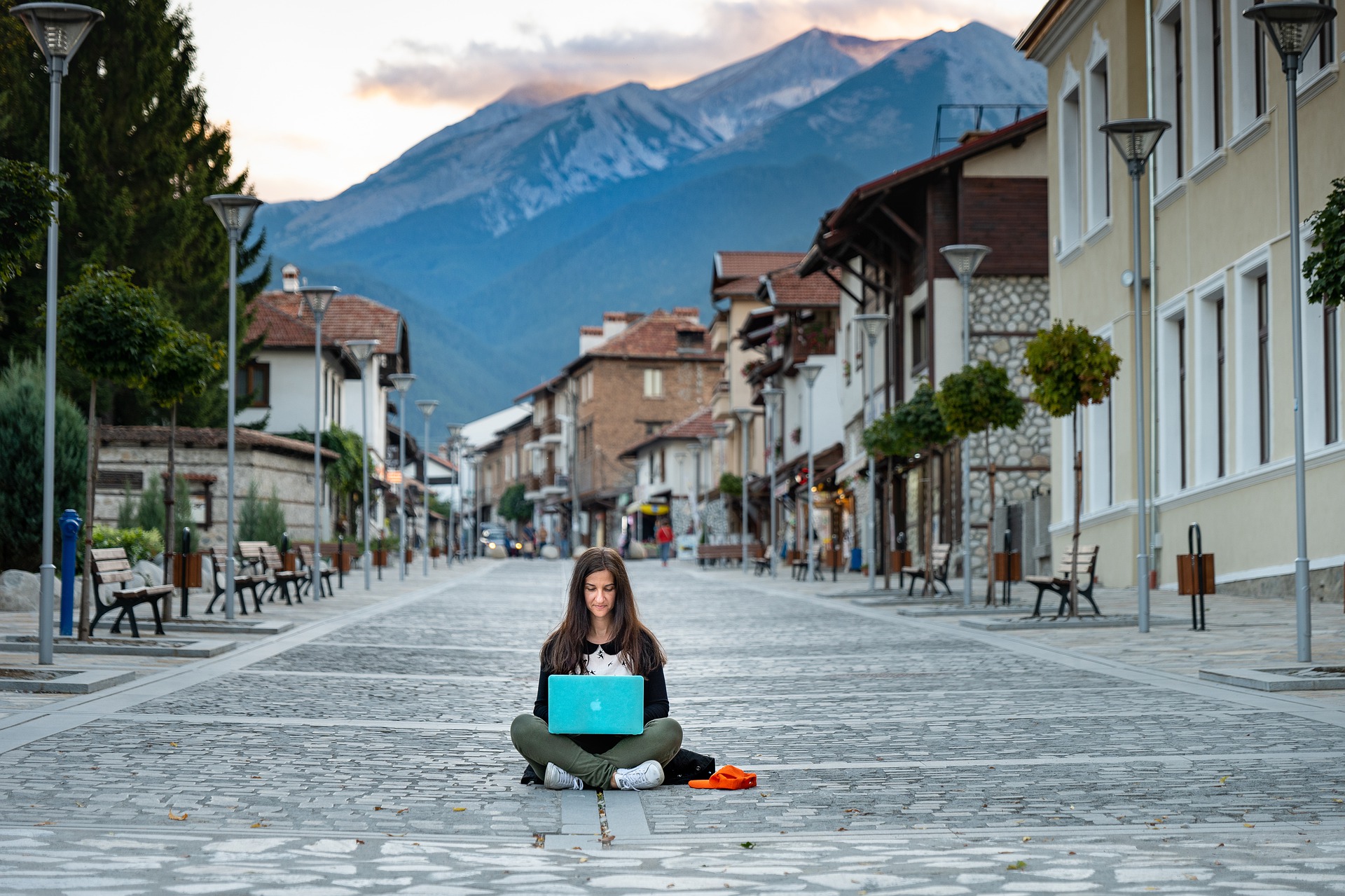 The advent of technology and such things as the internet, laptops, and email has, in the last couple of decades, created a paradigm shift in how people work. If you’ve seen the Instagram posts and travel blogs of digital nomads stretched out on the beach with a laptop in hand and a margarita in the other, you’ve probably wished for their amazing lifestyle at one point.

Think about it: exotic new places, exploring new cities, trying new dishes, and meeting new people... all while working! Seems like they’ve hit the jackpot when it comes to dream jobs! But life isn’t always rainbows and unicorns, even for the ever alluring job of a digital nomad. Today, we’ll be putting digital nomads under the microscope for a quick study on their many facets.

What is a Digital Nomad?

Before we dive headfirst into our study, we’ll first set up parameters for what a digital nomad is. A digital nomad is a person who is location-independent and uses technology to perform his or her job. They are considered as remote workers as they do not have to be physically present at an office.

The Rise of the Digital Nomad

One of the first mentions of the term ‘digital nomad’ can be traced back to a book written in 1997 by Tsugio Makimoto and David Manners. However, the term only started gaining traction and coming into its own in the late 2000s, when the hugely popular book by Timothy Ferriss titled, “The 4-Hour Workweek” hit the stands. It was also during this decade that ‘social technologies’ (what we now know as social media) started developing, internet cafes were being set up, and popular websites such as TripAdvisor, Airbnb, and Couchsurfing were founded.

Fast forward to the 2010s and we see the introduction of Instagram, the escalated growth of destination co-working spaces in Indonesia and Thailand, and the proliferation of digital nomad literature such as books and documentaries. Now, 10 years later in the 2020s, we’re currently seeing roughly 11 million American digital nomads, with a 49% increase from 2019 to 2020. Forecasts from MBO Partners say that the numbers are expected to reach 19 million within the next two to three years. (And this is data representing digital nomads from just one country!)

With these numbers and the presence of ever-advancing technology, it’s safe to say that the digital nomad phenomenon is here to stay and grow. What will be interesting to see is how this ‘digital nomad-ism’ continues to adapt to the times and evolving technology.

When it comes to digital nomad ‘capitals’ or hotspots, Southeast Asian cities, especially in Indonesia and Thailand seem to be a top favorite. Digital nomads are drawn to these countries because of the relatively low cost of living coupled with the population of co-working spaces and of course, the country’s beautiful and natural scenery.

Here is a list of some of the more popular digital nomad hotspots by country:

In 2019, Bali, Indonesia and Chiang Mai, Thailand were reported as having the most number of recorded digital nomads (approximately 6,000+) in Southeast Asia, while Lisbon and Bulgaria continue to rank as the most popular European cities for digital nomads.

We already mentioned some of the aspects that make the lifestyle of a digital nomad so alluring, but let’s go into more detail and outline some of the key benefits digital nomads experience:

So far so good, right? But before you get swept up in the hype of the digital nomad lifestyle, let’s also take a look at the disadvantages to being a digital nomad:

Should You Be Worried?

It technically isn’t legal for digital nomads to enter a country on a tourist visa with the intention to work from within that country for several months. But what are the chances of a government official going after you when they should be going after more questionable parties?

What if a person who goes to Bali on vacation brings his or her laptop to check their emails? Is that considered working? The intention to work while on vacation was there (as evidenced by the laptop), but surely that’s okay, right?

Here’s where it gets a bit tricky. Due to the advancement of technology, immigration laws in most countries have yet to play catch up. Most immigration rules and regulations were created before the emergence of the internet, meaning that most countries will consider work to be location-dependent (think physical office).

There are so many sides to this large legal issue. There are some digital nomads who claim that because they are not working for a company from the country they are in, it should be fine. This isn’t the case. As Kent O’Neil from Newland Chase – a leading global provider of immigration and visa services – aptly puts it, “Some digital nomads erroneously assume that as long as they are not working for an employer located in the country – they are not working there. Even in the pre-internet era, that was a faulty assumption. If my U.S.-based boss sends me to perform an assignment in Thailand – I am probably working in Thailand, and I will need a work visa. The consideration is not for whom I work; but whether my activities constitute work.”

Others think that because they are contributing to the economy by paying for lodging, meals, and tourist activities, the benefits that they provide the country outweigh the dangers of skirting the law.

We’ll be honest though, the probability of being caught while working on a tourist visa is very low. Most local authorities won’t look twice at digital nomads but that doesn’t mean that they have never been caught. Take a look at these two case studies in Thailand:

In 2014, Chiang Mai police and immigration officials barged into the popular co-working space Punspace to check the passports and IDs of the 15+ foreign digital nomads present. Those who could not produce identification were detained and transported to the immigration office. While they were questioned and interrogated, all detainees were released without any charges on the grounds that they were “doing nothing wrong”.

Even though both these cases turned out to be favorable for the digital nomads, they also prove that digital nomads are certainly at risk for operating within the gray area of the law. Both cases also demonstrated the antiquity of the local immigration regulations, leaving officials without any considerable ground to work on.

The key takeaway from these cases is that just because the possibility of enforcement is low does not mean you can take this as an endorsement to follow the majority of the digital nomad population. If you look online at digital nomad websites, most of them have a disclaimer stating to consult with an immigration or visa professional or even your embassy in the country to determine what to do.

The simple answer for you to work legally in another country is to get a work visa. But of course, it’s much more difficult than simply saying it out loud. Firstly, you need a company to sponsor you. You will also probably be asked to provide numerous other requirements such as documentation, proof of business, etc. And if you’re a digital nomad without either of these, you’ve already hit a roadblock.

But don’t be discouraged just yet. There is an easy way to do this, and they’re called Professional Employer Organizations. International PEOs specialize in representing and helping remote workers in countries where they don’t have a business entity. If you enroll under a PEO platform like Multiplier, you will be placed under their local entity in the country of your choice and will be able to work for their local company. Getting a work visa will also be considerably easier with the help of Multiplier.

Besides helping you with your immigration issues, the great thing about Multiplier is how they make sure to take care of you while you are in a foreign country. As an employee or freelancer using the PEO platform, you’ll be able to receive health insurance and other benefits, and be sure to comply with local labor laws. They can also take care of payroll for you to make sure you get paid in the local currency and don’t have to worry about constantly changing your money and computing how much you’ve lost with the exchange rate.

If the life of a digital nomad is one that is calling you, then strap in and enjoy the ride! You’ve made it this far (in our long article) and we hope you’re more informed what it takes to be a digital nomad. There may be many challenges, but if you dream of a life of freedom, flexibility, adventure, and inspiration, there will always be solutions out there for you.

Want to learn more about how you can use Multiplier to legally work as a digital nomad from anywhere in the world? You can visit our website or contact us today. 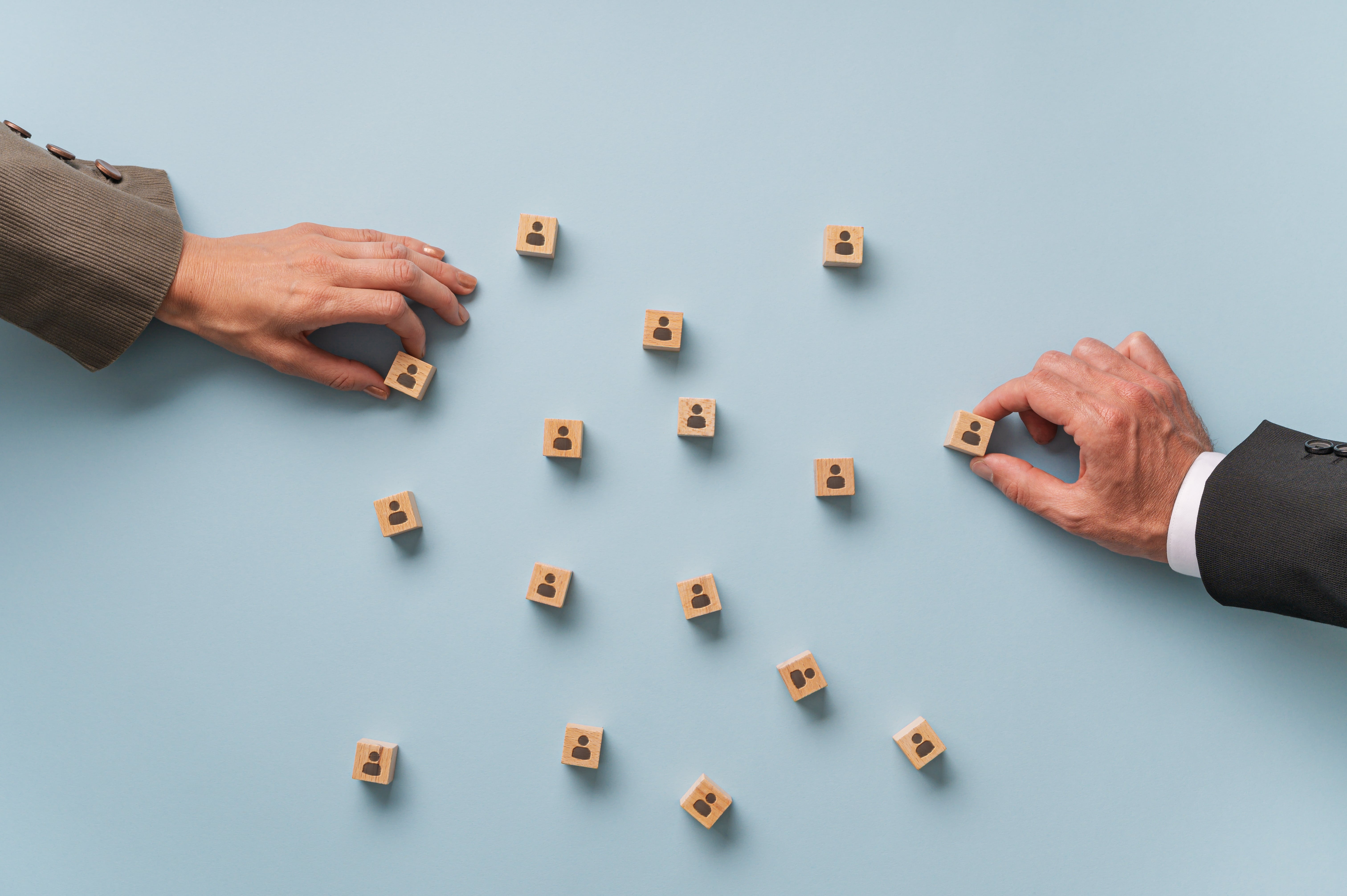 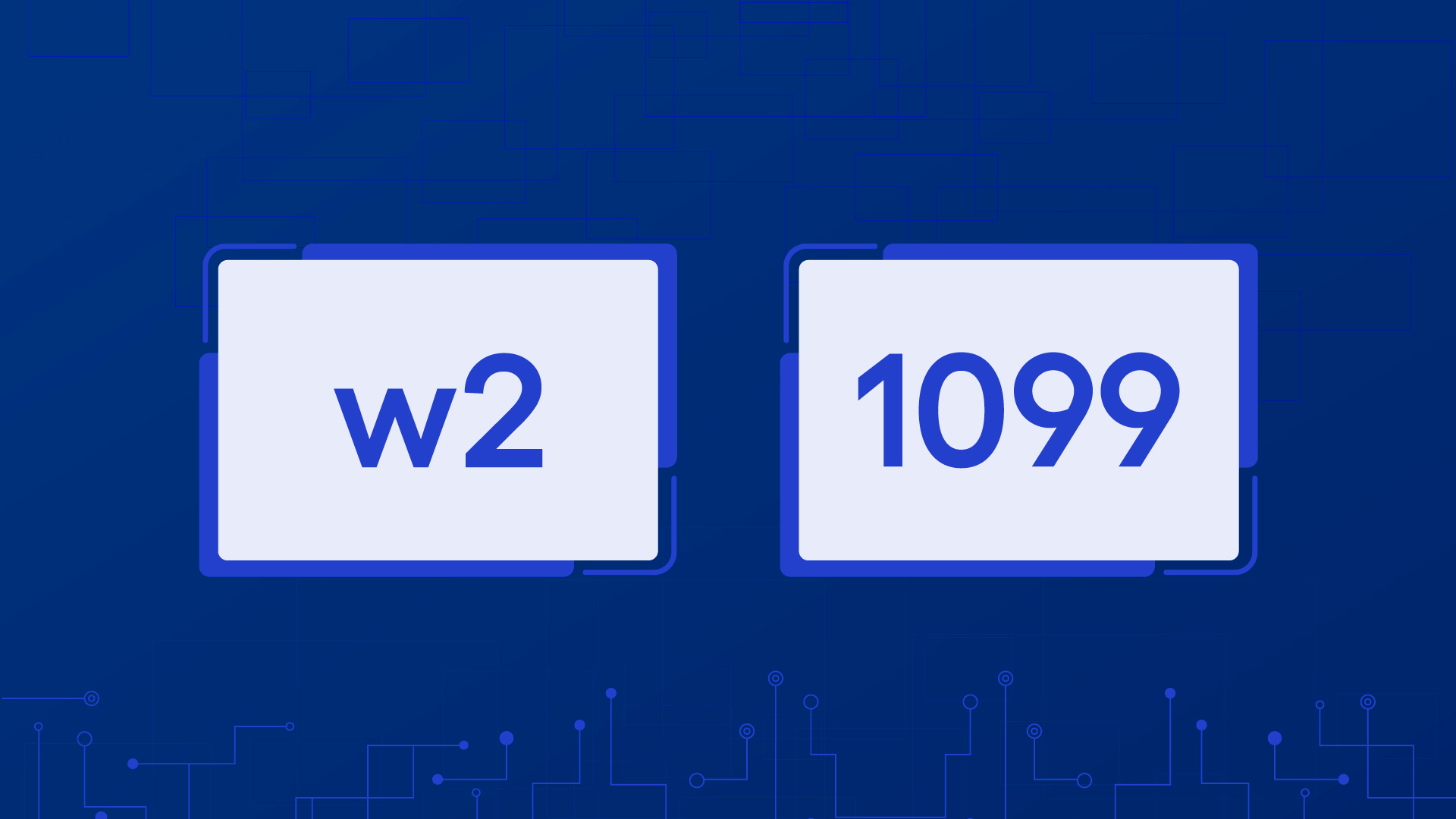 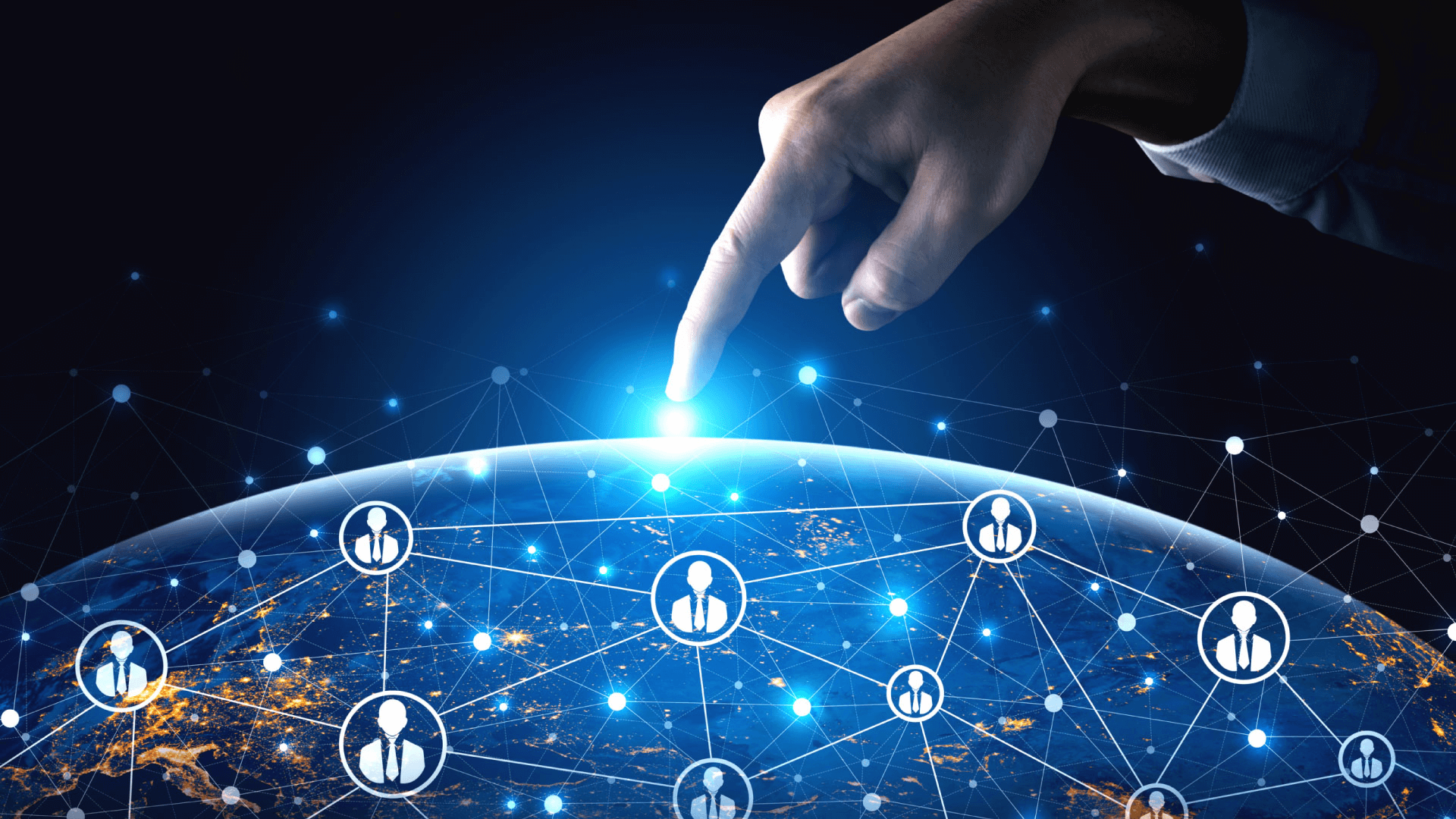 Gazing into 2022: What compensation and benefits stack will attract top talent of tomorrow